CEAL blog: The story of how kitchen tiles can activate a community 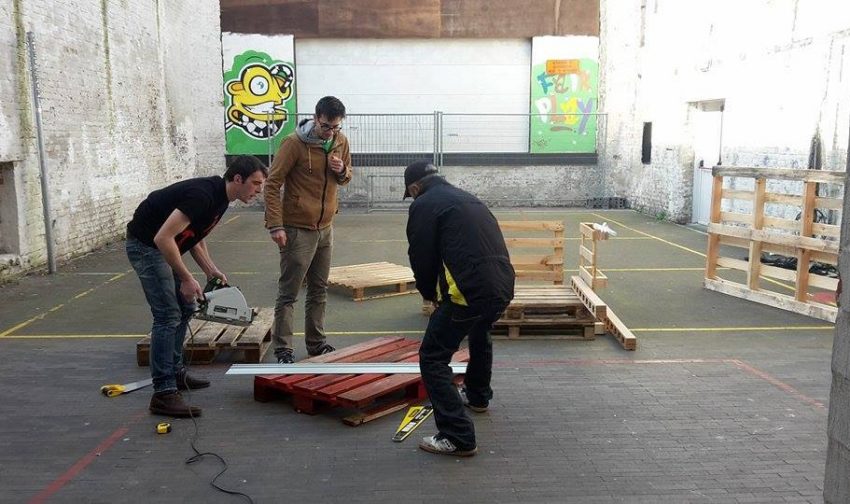 This is a story about how materials ready for the garbage can play a role in community transformation!

We were preparing our first OASIS game, which would take place in the Muide, a neighbourhood in Ghent. The game involves listening appreciatively to the community, allowing them to dream and then realise a project together.

Through the game we discovered that many young people felt the Muide was lacking opportunities to get together with people from the community. Together we decided to organise a movie night. During the Saturday of the second weekend we invited the community to prepare this activity together: building, sewing, cooking and working together.

Quite unexpectedly, someone from the community delivered a box of white tiles. We had no idea what to do with them at first, but the gift soon became an opportunity. One of us suggested we create a table out of them – and then we really started thinking….the tiles transformed into a vital tool of engagement.

While publicising the movie night among locals, we went house by house and asked them to illustrate their own tile.  These would then be brought together in a collective tile-table. When we came to pick up the tiles an hour later, many people invited us in because they were still finishing their little piece of art. During that time they asked about the project and talked about their experiences in the Muide. The tiles became illustrated with inspiring quotes and sketches of the neighbourhood. It was an opportunity for the kids to let loose and for many others to let out their inner child.