CEAL blog: From student to social entrepreneur – by Peter Linde 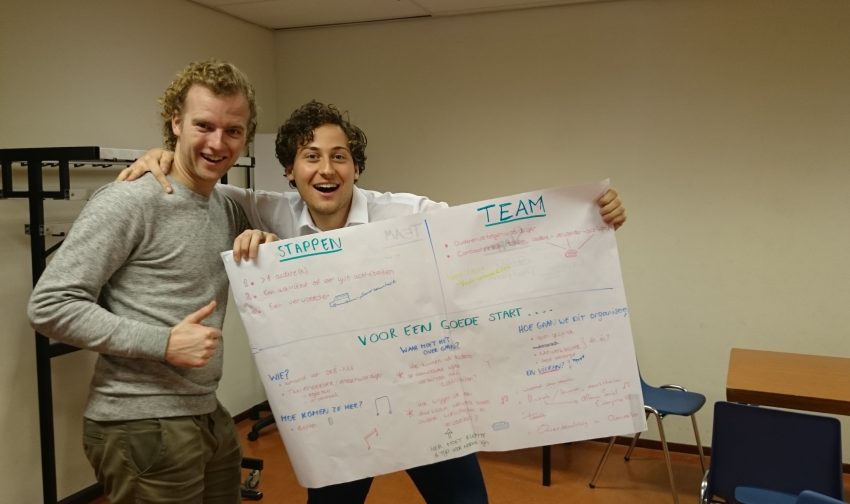 Three weeks into the course we found ourselves inside the classroom again. Small groups of students spread through the room working hard on developing their ideas for starting social enterprises: initiatives that are going to change the world, starting with Utrecht Overvecht. I dreamed of the students go outside since the first moment. Heading into the neighbourhood: talking, connecting, building relationships with people. It was a huge educational advantage to get outside of the bubble of the classroom and find out what it is they want to add to the world; to start creating from their own passion in connection with the community.

But well into week three, groups were still inside puzzling their heads over what would be the right thing to do, preparing new models of what could work, hypothesising and more thinking.

Except for one group. They had just vanished and nobody really knew where. After an hour or so, they suddenly appeared in the classroom buzzing with energy and enthusiasm, more jumping than walking. “We had just had an amazing experience, the energy just exploded from their faces.

They told for everyone who wanted to hear (and also who didn’t) that they had decided it was time to find out what needs were there amongst the elderly of Utrecht Overvecht. So they just went to an elderly home to start serving coffee at the canteen: an awesome way of being there naturally and having the time to connect and chat with some elders to find out what it was they could add that would have meaning.

which after some successful editions had started to  take place outside of the university and inside the community of Utrecht Overvecht. The students were challenged with creating social value propositions & prototypes of a social enterprise that would add value to the community. It needed to be in co-creation with the community, and they had 13 weeks to do it.

We stationed ourselves inside of the Neighbourhood Centre De Dreef, literally the last building before walking into the polders. It turned out to be an enormous step mentally and physically to act as social entrepreneurs in the ‘real world’. They did not having classes but meetings and were Invited to take ownership over their own learning process, to develop an entrepreneurial instinct.

This invitation was already made in the first meeting but needed time to sink in. The students were accustomed to the culture of learning inside of university: sitting in class, having a teacher sending information, getting homework, and knowing exactly what to do in order to be able to pass your exams and receive your grade. This turned out to be something different. It was confusing to say the least – giving rise to indignation for some.

The students that went out to connect with the elders was a happy moment for me. Going into the community to build relationship rather than sit in a classroom working on models showed they had broken out of the student mindset. For me that’s the moment that showed they weren’t students anymore and became social entrepreneurs. Hoorah!!!!