CEAL Blog: A change of approach at TU Berlin by Christoph Walther 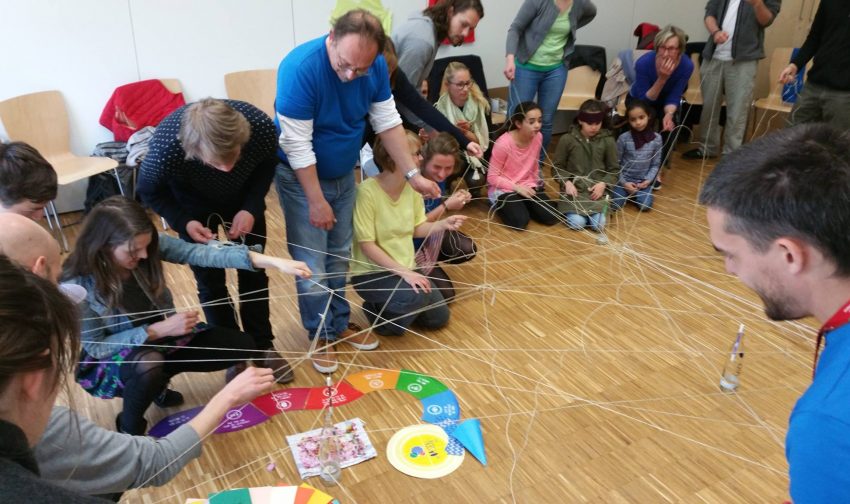 I would have never guessed that our university had such a facility: a big, majestic hall, tables arranged in U-shape, facing a big screen. A little trolley serves cookies and coffee. The commission starts their assembly. Topics of the day appear on the screen – our project is listed at the bottom. I am anxious. This is our second attempt to initiate a project lab at the TU Berlin. It is a way to bring a self-designed course to the University’s curriculum. What a great possibility for students like us who are eager to test their ideas in a real setting!

We have been on this journey a while now. A couple of weeks before, we went through a second interview with the commission about our proposal, being challenged once again to find the right language to express what our project really does. The funny thing is that when we play the Oasis Game in Leipzig-Reudnitz, it was so easy to convince the students and locals of the value of what we were doing. Many diverse groups of people from the surrounding neighbourhoods got together around a yurt which had been set up in a park. Then, the Oasis Game, supported by CEAL, invited the neighbourhood to develop a common dream with miniature prototypes created the same weekend.

Whether this meeting would be the bureaucratic dead-end of our initiative, or the great leap over an institutional hurdle will become evident now. A list of ten project proposals appears on the screen, six of which will receive funding. Our project is listed in sixth position – this means we are in! Rather luckily, yet smoothly, we took the hurdle and received institutional approval. This is what we wanted, now it is up to us to show that our innovative proposal really makes sense in the context of a university.

We are now, half way through the first of two semesters in which we offer Projektwerkstatt Placemaking at TU Berlin. Just as with the CEAL-programme, the basic concept was to start the semester with an Oasis Game in a local community, in cooperation with a local partner. We partnered with a recently-opened youth centre in Brunnenviertel. We found both doors and hearts open to activate the community over two weekends in late April. Results swiftly flowed with two skate ramps, a box-stand, a flag, and a community party all created. We held another workshop at the youth centre after the Oasis Game, with the intention to consolidate the results and insights generated for future collaborations.

In the reflection process we found that learning insights were just as important as the results generated. We heard stories of unprecedented encounters, courageous acts, sparks of inspiration ideas that brought amazing results.

Personally I learned a huge amount of learning, especially in the power of taking initiative. Being part of CEAL in Leipzig inspired us to bring this approach to Berlin, make use of the experience in order to explore its potential in a new context. While much of the programme is still in the making, it makes me happy to see that based on our action, new project partners came forward to collaborate and continue the story CEAL and the ELOS Philosophy in Germany. They are finding the same inspiration we did last year.

Our work has shown that a university must not remain the silent observer when such emergent practices are in the making. If the right programmes are in place, like TU projects, university can contribute with critical reflection and active participation in the development of methodologies that are of societal relevance, like CEAL and the ELOS Philosophy. Again, I would have never guessed that our university had such facility. 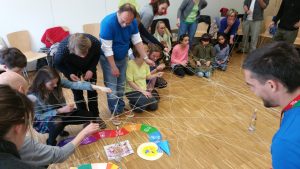